A mentor is a person with experience and a trusted advisor, they will remember what it was
like just starting out in the field.

The knowledge, advice, and resources a mentor shares depend on the format and goals of a specific
mentoring relationship. A mentor may share with a mentee (or protege) information about his or her
own career path, as well as provide guidance, motivation, emotional support, and role modeling.

A mentor will act as a trusted confidant to their mentee over a flexible period of time. If you are thinking of finding a mentor, you should be clear about what you can and cannot expect from them.

Your mentor will not:

Tell me a little about yourself

I was born and raised in Nova Scotia. I spent 10 years living in Montreal, moved back to Nova Scotia in 1996 and lived there until last year. I have one daughter, Jennifer, who is studying Urban Planning at Dalhousie University. My five brothers and one sister all live in Nova Scotia. I moved to Barrie last May to live with my partner, Joannie (whom many club members have met). I work for the City of Barrie’s Recreation Department.

How long have you been a Toastmaster?

I joined Toastmasters in February 1998 which means I just celebrated 21 years with this fantastic organization.

Tell us about your Toastmaster journey?

I have improved my speaking and leadership skills in Toastmasters from the moment I joined. My first Competent Communicator was completed in 14 months (April 1999). In June of that year, I took on the Club President’s role as my first club officer opportunity. If I were to name my three greatest accomplishments in Toastmasters, they would be: receiving my DTM (Distinguished Toastmaster) award in 2006, winning all four District 45 speech contests during my 20 years in Nova Scotia (International, Humourous, Table Topics, and Evaluation), and serving as District Governor in 2006-07.

What made you decide to compete at the club speech contest?

I decided to compete this year after two years of not competing at all. I missed the opportunity to push my limits so wanted to get back into it at the first opportunity.

What was your speech about?

My speech, entitled “The Crayon“, was about my first best friend. It is a story about how best friends look out for each other and I used the gold crayon my friend owned as a metaphor for that friendship. It was what brought us together and it was the last thing he gave me before he moved away two years later. I wanted people to think introspectively about their best friends to encourage them to stay in touch with them.

You competed at the Area and went on to Division contest as well.  How did you feel about that?

Since I have competed many times at the Area and Division levels, the experience was very similar. This time, the new set of competitors and new audience members that made this contest feel different…almost like it did the first time I competed in 1999.

What inspired you throughout competing?

There are three things that inspired me during this year’s competitions:

1) The level of competition. It is always a great challenge to compete against other speakers who are so good at delivering their own speeches. They inspire me to do the best I can.

2) The feedback I receive from fellow Toastmasters and even Toastmaster guests about my speech is another great inspiration. For me, it is more about people understanding and appreciating my message than it is about winning a contest. Winning is great, however, hearing people talk to me about my speech six months or a year later is even better!

3) Having a partner who supports me is important. Preparing and practicing a contest speech is a time-consuming process. Joannie was willing to listen to me practice, provided constructive feedback and even attended the speech contests. This actually took a lot of stress out of the process of competing.

In the past speech contests, how far have you made it?

In 1999, I was District 45’s representative at the Regional Championships. This was, at the time, considered the semi-finals of the World Championship since each of the 9 Regions in the world sent their champion to the finals at the International Convention.

What was different about it now vs then?

Today, both the semi-finals and the finals are held at the International Convention in August.

Would you compete in another speech competition?

I am already looking forward to competing next year and have my speech ideas on paper (or should I say on my computer)!

Tell us a little about yourself? Who is Keith Carson?

I am a retired member of the Air Force with 34 yrs. service. Married with 3 children, 14 grandchildren, and 3 great-grandchildren.

How long have you been a Toastmaster?

What made you want to be a Toastmaster?

Wanted to be a better Speaker and liked the challenge of it.

Tell us about your Toastmaster journey?  How did it help you to become a
better communicator?

By learning to stand up and speak up.

What advice would you like to give to future Toastmasters?

Begin to do it.  Enjoy the challenge and remember we all started at the same place as our ICE BREAKER.

What do you value most from being a Toastmaster?

How many Toastmaster clubs have you been a part of?

Member of three clubs and Founder of the Orillia club.

As a Toastmaster what accomplishments have you achieved?

All the way through to Distinguish Toastmaster (DTM) and almost through the second time around. Have my Advance Gold Communicator now.

What keeps you motivated?

The challenge and the stories that I write to be told in a Toastmasters’ setting.

This is a picture of our member Filomena, winning the “Best Officiating Member” (BOM) last night and striking an appropriate power pose.

At every Toastmasters meeting at our club we present awards near the end of the meeting to certain individuals.  These include Best Table Topics, Best Speaker, Best Evaluator… and the coveted BOM (which includes the honour of wearing the mighty yellow ribbon of victory).

The BOM is a special award the audience votes on for excellence in a major role such as the Toastmaster, the Topicsmaster, the Educational, and the General Evaluator.  These Officiating Roles help to keep the meeting moving along and provide an excellent opportunity for individuals to practice leadership skills.

Basically winning the BOM is evidence of a job well done. 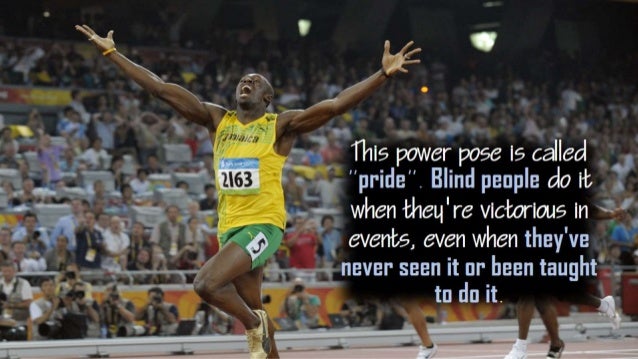